Can Peripheral Vascular Disease Be Treated?

What Causes Vascular Disease in the Legs?

How Many Sclerotherapy Sessions Does It Take to Treat Spider Veins?

Do Spider Veins Come Back After Treatment?

Why Do We Prefer Sclerotherapy Over Laser Therapy for Spider Vein Treatment?

​Laser therapy and sclerotherapy are both viable options to treat spider veins. Even though both treatments can lead to successful removal, there are some differences in the treatments, leading to Miami Vein Center choosing sclerotherapy as the optimal treatment.

​Let’s first review the way both treatments are performed in order to understand why sclerotherapy is the preferred option.

"​The feedback given from patients during the procedures is that laser therapy is more painful than sclerotherapy." - Dr. Almeida

​​After performing both treatments for spider veins at Miami Vein Center, the feedback given from patients during the procedures is that laser therapy is more painful than sclerotherapy. The laser utilizes heat, which causes more pain than the use of the sclerosant in the vein. Many patients experience a burning feeling during the laser therapy, whereas there is no discernable pain in those receiving sclerotherapy. Due to the pain from the laser therapy, treatment is usually shorter and less veins are usually treated with each session. As pain is less with sclerotherapy, more veins can be treated in a shorter amount of time, leading to faster results. 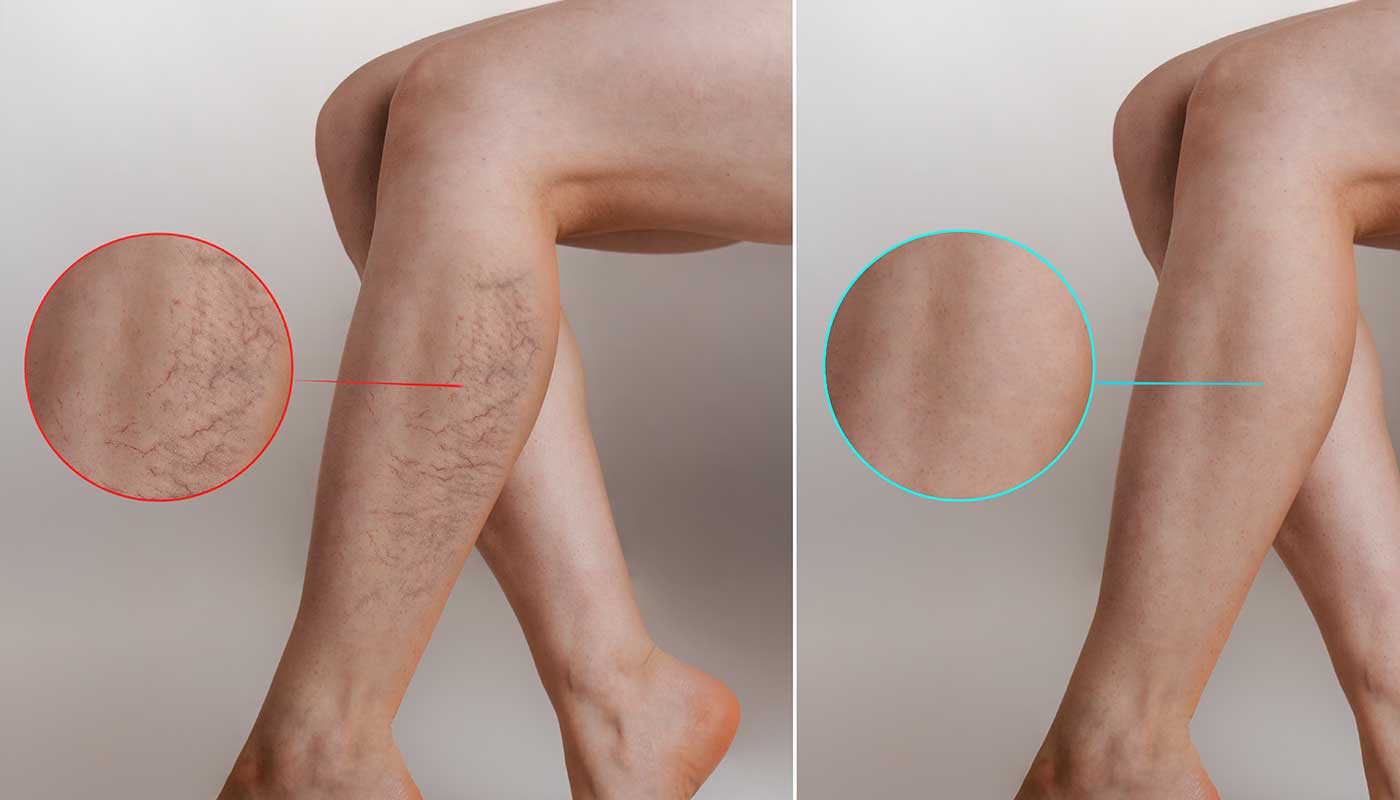 Spider Veins Before and After Treatment Example

​Advantages of Sclerotherapy Over Laser Therapy

Other than pain, another disadvantage with laser therapy is that it may cause hypopigmentation, which are "white dots” seen by patients. Many patients don’t want to get rid of their spider veins only to be left with areas of hypopigmentation. Hypopigmentation occurs more often with leg vein laser treatment; and rarely with face vein therapy.

​Visit with your vein specialist today to determine which procedure will best suit your spider vein removal needs, but consider sclerotherapy as your optimal option for removal.

Dr. Jose Almeida, MD, FACS, RPVI, RVT is a veteran academic vascular surgeon who practices Endovascular Venous Surgery in Miami, FL. He is also a Diplomate of the American Board of Surgery in both Vascular Surgery and General Surgery.

Request a Consultation with the Vein Experts at Miami Vein Center.