THE VASCULAR LAB
AT MVC

The modern vein expert relies heavily on the Vascular Laboratory’s clinical studies to identify circulatory problems- such as venous or arterial disease- measure its severity, plan therapy, and follow the course of surgical or non-surgical intervention. The Miami Vein Center has a comprehensive vascular lab which has been accredited for over a decade by the Intersocietal Commission for the Accreditation of Vascular Laboratories (ICA-VL). 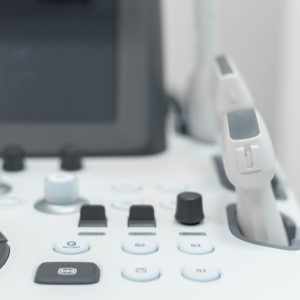 Here the Miami Vein Center has invested in providing the most technically advanced instrumentation available – we have 3 systems on-site to minimize wait times. Diagnostic Color Flow Duplex Ultrasound with either the Philips iU22 system or the GE Logic-9 enhances imaging of veins and other vessels; multiple frequency probes are available to image deep or superficial structures in the neck, extremities, abdomen and pelvis. The GE LogicE laptop system aids imaging during all procedures. All studies are painless and noninvasive.  Needles and dye injections are not needed to provide proper patient assessment.

The Miami Vein Center adheres to the strict IAC-VC protocols for deep and superficial venous imaging now the standard-of-care used throughout the United States. The conditions we diagnose and treat are described in the “Vein Disease” and “Treatments” sections of this website.

Patients with signs and symptoms of arterial disease may require further imaging, such as:

Carotid duplex ultrasound can identify atherosclerosis causing narrowing and blockages. If blood becomes completely blocked it can cause a stroke. Usually the disease does not cause any symptoms so the first sign of a problem could be a stroke.

Arterial ultrasound can characterize blockages in arteries of the legs or arms that can cause limb numbness, pain and open sores. If it is severe enough it can result in gangrene and amputation. People with coronary heart disease (CHD) have a 1 in 3 chance of developing blocked arteries in the legs.

An abdominal aortic aneurysm (AAA) is when the part of the aorta in the abdominal region swells and has the potential to burst causing heavy internal bleeding and sudden death. Up to 75 percent of people with a ruptured aorta will die before they reach hospital. It is more common in white men over the age of 60 than women; and in those with symptoms of CHD and PAD. AAAs are seen and measured readily with ultrasound imaging – a diameter grater than 5.5 cm may warrant elective repair.

IAC Accreditation- For Vascular Lab
This accreditation shows our commitment to providing the highest levels of quality care to our patients thru submission of actual case studies for review which are the  basis for judgment of the quality of work that Miami Vein Center performs.

Book a consultation to enjoy personalized and attentive care.
Your comfort and health is our priority. Call 305-842-3457